Greetings everyone! Well, we’ve put another harvest behind us and are veryexcited about the new wines. The 2015 Vintage is shaping up to be one that will be remembered by all. The new wines are already developing some beautiful complexity and the colors are outstanding. Harvest was early this year, as some of you may have heard. In fact, we started harvest on August 6th with a small amount of Viognier from the Cooper Ranch that has become the base wine for the 2015 Proclamation Sparkling wine that will be released side by side with the new, and highly anticipated 2015 Jubilance! Our last day of harvest was September 26th which is oddly enough, the same exact date that we finished the harvest of 2014. I’m not sure what normal is anymore! 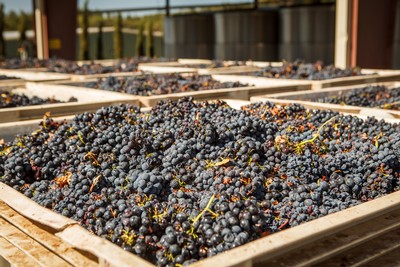 The 2015 growing season was also a bit erratic. We had an early, but fairly long bloom with things developing nicely. For the finale, we were gifted a couple of intense heat waves that sped up maturation dramatically. We had 3 weeks in which we were processing grapes 10 hours a day, but thankfully we have one of the best production teams anywhere. Kudos to the guys in the cellar!

In the winery, we are diligently working to barrel down the new 2015 wines to their respective barrels. One thing I implemented when I came on board in 2013 was to begin purchasing only new French Oak Barrels here at Renwood. I’m a true believer that the use of French Oak aids in the making of some of the best wines in the world. The new French oak integrates beautifully with the fruitful profile flavors of our wines. Something else that we are doing, is using large format barrels. Barrels of this size are 2 times the volume of a normal wine barrel (~60 gallons). These large barrels, called Puncheons, are used to very gently and slowly impart the slightest oak nuances into the wine helping to build impressive structure while retaining the wines intense fruit. The next time you take a tour, be sure to keep an eye out for the barrels on the blue racks, these are what I’m talking about! 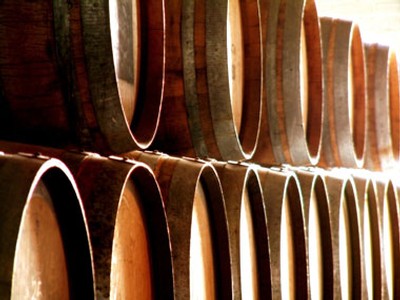 We’ll be releasing several of the 2013 wines in the coming months, so watch for them! I am very much looking forward to sharing them with you. We have a few new Vineyard Designate Zinfandels as well as the resurgence of the Grandmère. This time, it’s a red blend of Zinfandel, Petite Sirah and Syrah. This is one that you’ll not want to miss. Did you know that we only make 200 cases of each of the wines that are sold only through our Tasting Room? It’s our intention to always deliver to you the most exclusive and highest quality wines that are possible. We wake up each day driven by this notion, keeping you happy makes us happy!