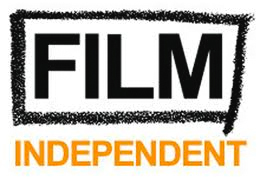 Renwood Winery made a name for itself at the Film Independent Forum, held Oct. 19 - 21 at the Directors Guild of America in Los Angeles.

The 2010 Musician’s Zinfandel and 2011 Viognier proved to be the perfect cast for the eighth annual event, which hosted more than 450 attendees over three days.

As the official wine sponsor of the forum, Renwood wines filled the glasses of film professionals and aspiring directors and producers as they toasted to new connections and bright futures. The weekend was filled with speeches, panels, networking lunches, a keynote by Director John Singleton and a screening of David O. Russell’s film, Silver Linings Playbook. But independent films weren’t the only thing being buzzed about at the forum. Renwood wines were an important part of the conversation, with the Musician’s Zinfandel achieving great renown among attendees.

Film Independent Co-President Josh Welsh said in an email, “I happened to be near the bar during one of the receptions and heard one of the forum attendees raving about the Zinfandel. To be honest, I normally have a beer at our events, but because he was going on about it, I got the (Musician’s) Zinfandel. He was right to rave!”

With notes of red and purple fruits, holiday spice and a black peppercorn finish, the Musician’s Zinfandel really shines during the fall and winter months.

The 2011 Viognier pairs really well with spicy foods. As the temperatures drop and you find yourself turning up the heat in the kitchen – and on the thermostat – keep your taste buds chilled with the Viognier’s tropical flavors of coconut and pineapple and its soft, creamy texture.

We’re very pleased with the reception Renwood wines received at the Film Independent Forum. As the weather finds you spending more and more time indoors, we hope you’ll pick Renwood wines to be the star of your next event. Whether you’re planning a holiday gathering or a “Modern Family” marathon, let Renwood wine be your best supporting beverage.